With Ma’a Nonu out for the rest of the year, it shouldn’t be so quickly assumed that Sonny Bill Williams’s inclusion is an absolute must. 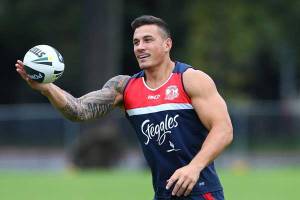 There is plenty of talent at centre in and around the All Blacks camp already. The likes of Ryan Crotty and Malakai Fekitoa are both decent backups to Conrad Smith. With the probable return of Daniel Carter set to begin come the November test match in Chicago, this would also be the time for SBW to return to the All Blacks as well, and not a second sooner.

This all goes on the assumption that Smith, Crotty, and Fekitoa remain injury free during the Argentine and South African matches prior to the break before the end of year tour.

If another injury were to occur in the Auckland back line, then sure enough bring SBW in.

Carter could potentially even play at second five as the battle between Aaron Cruden and Beauden Barrett will likely continue.

A media commentator has already expressed that All Black coach Steve Hansen is “high up” on the controversial SBW, and would like to see the Roosters star walk straight into the camp upon his return to New Zealand. Hansen hasn’t confirmed or denied that. Others believe that it would be prudent for Williams to play a game for Counties Manukau in the late stage of the ITM Cup to get his feet back on the ground in union.

SBW is destined to return to the All Blacks in November, or potentially even late October in the third and final matchup with the Wallabies for the year.

But as exciting as that is going to be, his return shouldn’t be labelled as a must because of the Nonu injury.