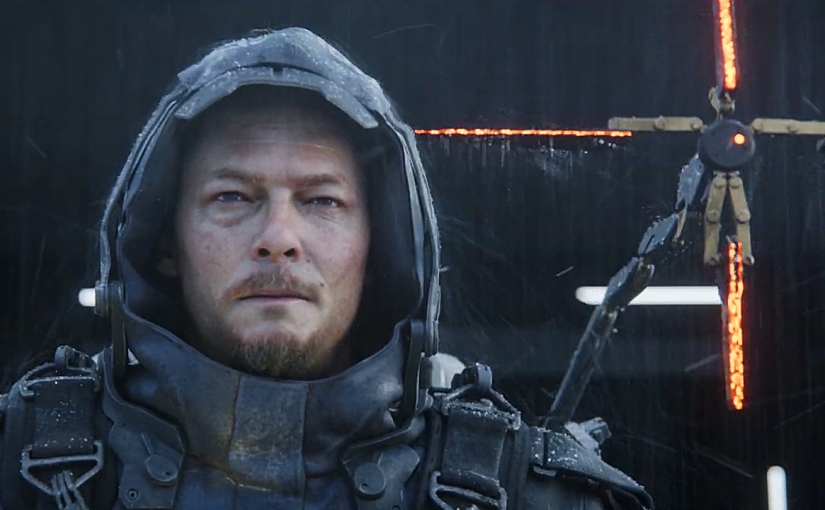 Death Stranding won’t be a PlayStation blockbuster for everyone, but for those who enjoy it, none of that really matters in what turns out to be an experience like few others in gaming today.

Death Stranding is one of the most extraordinary games I’ve ever played. It’s also one of the more slow-paced, repetitive and lifeless gaming experiences I’ve experienced.

From the very get-go, Death Stranding feels and plays out completely different from what you’d want and expect from a modern-day videogame.

I had no idea what was going on or why, but there was something oddly freeing about having a massively open and incredibly lifeless world to step into. On the long treks and delivery missions, I had time to think and ask myself what the game is about. Once I got to my destination and connected the region to something close to a civilization, I felt like I had done something truly good and worthwhile.

Whilst it is far more than a simple trekking simulator, what Hideo Kojima has developed is a game that will divide the opinion of gamers unlike no other in this generation.

After more than 20 hours spent traversing the world, the meaning behind why you take Sam Bridges on this journey appears to be all about what amounts to doing something for your fellow man or woman. Your job is to deliver cargo, medical supplies and other important equipment across a broken, bare and empty world.

Then, once you get to the various destinations, connect them up to what’s called the Chiral Network to get that area back online.

The world you traverse is the UCA (loosely based on the USA) which has been left utterly decimated in the aftermath of a Death Stranding, causing creatures called “Beached Things” or BT’s to form some sort of realm between life and death. The game helps you discover what is behind this phenomenon, but players can’t simply fight these creatures as Death Stranding really forces an approach of working around rather than forcing the issue.

Most encounters with BTs result in you walking slowly, holding breath (the closer you get to a BT the more it hears your breath) and gently getting by a potentially dangerous encounter.

If you do trigger a BT, the ground turns to tar and you are forced to fight your way free before the demons wrap themselves around you and pull you down. Fail to do this, you’ll enter a “fight” of sorts with a single BT creature that is much bigger and obvious than the ghost-like figures that can be found in the first instance, and all you’ve got to do is kill it with a grenade to complete the challenge.

Once escaped, the tar disappears and you’re back on the trek again towards the delivery destination seemingly unharmed. I wish I could tell you what happens if you were to lose a battle with a BT, but after 20+ hours, the challenge in Death Stranding has been next to non-existent and I haven’t died a single time.

With me so far? It is all classic Kojima in so many ways, half the time it’s just flat out weird and all these moments of something close to combat all seem to be placed in the game for games sake, all in an aid to somehow further toward the story that is being told in cutscenes by some absolutely brilliant voice acting by the various stars involved.

Played by Norman Reedus (the dude from Walking Dead), the character of Sam Bridges is one of the more dull protagonists Sony has ever had in its AAA PlayStation list of titles.

Uncharted’s Nathan Drake, Joel from The Last of Us and even Kratos in God of War seem to be far livelier and engaging than the experiences I’ve had with Sam so far.

Even the deeply emotional states Sam gets into (who could forget the first time we saw those tears dripping down his face in time fall) seem unexplained, forced and like the experience with the BT’s, just something Kojima and his team decided to throw into the mix.

The adorable baby strapped to Sam’s chest BB is connected to the BTs in some way and the story progresses forward to answer those questions. Fragile, a woman voiced by Léa Seydoux starts out as something of an unknown but quickly progressed into a character I found myself deeply caring about. You’ve also got the main villain Higgs (voiced by Troy Baker) and the annoyingly mysterious Die-Hardman (voiced by Tommie Earl Jenkins) just to name some of the many characters that play big parts in the game.

For the purposes of trying to not spoil it for you, the Death Stranding story is engaging, annoying, mysterious and worth seeing through to the end it seems. Classic Kojima again, you’ve got to be really concentrating for any of it to make sense.

Yet, for all its flaws (and there are many in terms of challenge and story design), Death Stranding remains a game that attempts to hit on a deeper message and that’s where the strength and controversy of it sits.

How many have the patience to find out why Death Stranding is the enigma it is remains to be seen, and that’s why reviewing this game is difficult.

The aim of the mission structure is all about going at it alone, to help out an effort that is much wider than yourself. Some of the delivery missions, like the one where you’ve got to deliver a pizza, seem so basic that it’s understandable why as the game progresses many will lose patience.

But perhaps that’s what Kojima and his team wanted to challenge gamers on? Maybe gaming isn’t all about instant gratification, maybe gaming can deliver these sorts of Atypical experiences.

In an age where FPS, RPG and games come out all the time, where Battle Royale kings like Fortnite and Apex pit everyone against everyone else, what Death Stranding does is take a step back from the action, the competitiveness and the creativity to deliver a truly different experience.

In Death Stranding, players are all but alone in a massive open world that is on such a scale of emptiness, it makes even the likes of Red Dead Redemption 2 look busy and full of life. How gamers react to that will differ, how they feel about being a deliveryman and little else will divide opinion.

What will also divide opinion is the message this game attempts to send. The importance of coming together and doing something to help a cause bigger than yourself, perhaps even one that doesn’t make sense or benefit you in any obvious way.

Unless this game takes a drastic turn from its formula in the next 10-20 hours, I reflect on my experiences in it with a lot of thanks.

Death Stranding is different and un-apologetic about every aspect of its gameplay, design and storytelling. It’s a game you’ll either get something out of or curse the day you ever spent the time playing.

And yet, Death Stranding really attempts to challenge gamers to find a middle ground.